This breed designation originated in 1961 when the Norwegian Red-and-White, Red Trondheim and the Red Polled Østland. Later in 1963 the Døle was also absorbed into the designation and in 1968 South and West Norwegians were added. Others breeds which have been said to contribute to the gene pool include Ayshires, Swedish Red-and-Whites, Friesians and Holsteins. By 1975, 98% of the Norwegian national herd belonged to this designation. Using the classical definition the Norwegian Red cannot be considered a breed. It is an amalgamation to develop superior strain of dual-purpose cattle. With time and selection this designation may develop into a breed but this is not the case yet.

Cows are selected for milking potential, rate of milk flow and fertility, while bulls are selected on the basis of performance in a rate-of-growth test.

Norwegian Red cattle are red or red-pied for the most part. They are of a medium size and give a average yield, average milk-fat and average meat - they are specifically bred for these traits:

The Norwegian Red is being utilized in breeding program for providing health, fertility and other solutions to problems facing the dairy industry. 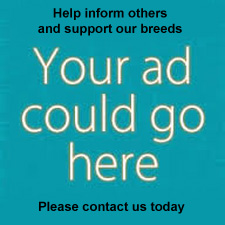