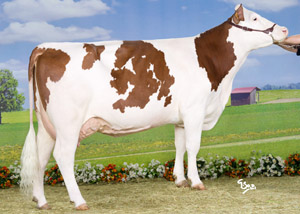 The Montbeliarde breed belongs to the Jurassic branch (descended from Bos Frontosus) which the group of Pie Rouge breeds stems from. It therefore belongs to the Simmental and Fleckvieh families, and as such is a member of the World Simmental-Fleckvieh Federation (WSFF) and the European Simmental Federation, which it chaired from 1993 to 1997.

Its History dates back to the beginning of the 18th Century with the breed originally called the Alsatian until around the mid 1800's when it changed to Montbeliarde. This name change came about because farmers from the Bernese Oberland in Switzerland came to set up home in the principality of Montbéliarde, bringing their livestock with them.

Thanks to a methodical selection process, this livestock soon became renowned and started entering shows from 1872 onward under the name "Montbeliarde Breed". In 1889, it was officially recognized and registered on the national register of French breeds by the French Minister of Agriculture.

In 1990 the Montbéliarde accounted for 11% of the French national cattle herd, ranking third in the list of dairy breeds in France. Today's modern Montbéliarde is described as a composite of the breeds Tourache, Bernoise through integration since 1960 from Red Holstein.

The Montbeliarde is essentially a dairy breed renowned for their milk. The Montbeliarde's milk has excellent cheese-making value because of its high level of protein content and a high frequency of Kappa Casein B variants which is used traditionally processed into Emmental and Gruyere cheese.

Other breed qualities and functional characteristics:

All of these features makes it a hardy, easily managed breed that can easily adapt to all environments. The Montbeliarde is not affected by the heat and can ingest large quantities of rough forage enabling animals the maintain their performance when used in much hotter regions.

The Montbeliarde breed is renowned for its high level of performance. It also offers many qualities that have enabled it to make a name for itself among the dairy population worldwide. It represents an alternative to ultra-specialized dairy livestock and it meets the requirements of all cattle breeders because of its strength and its adaptability.

Farmers from every continent have adopted it, and they find that working with these animals is extremely rewarding. It is currently finding its niche in the big dairy herds in the United States. 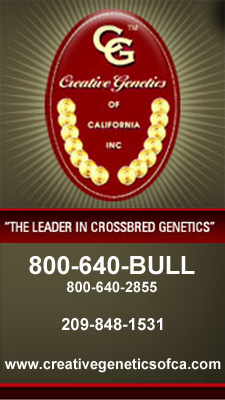 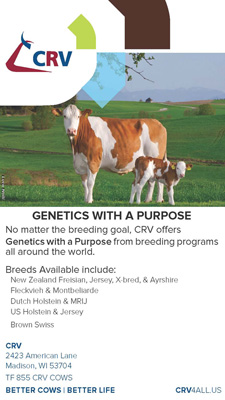 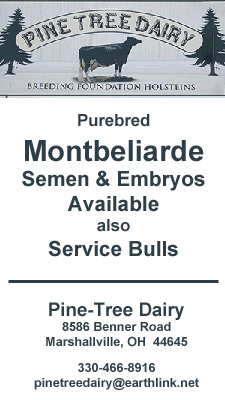